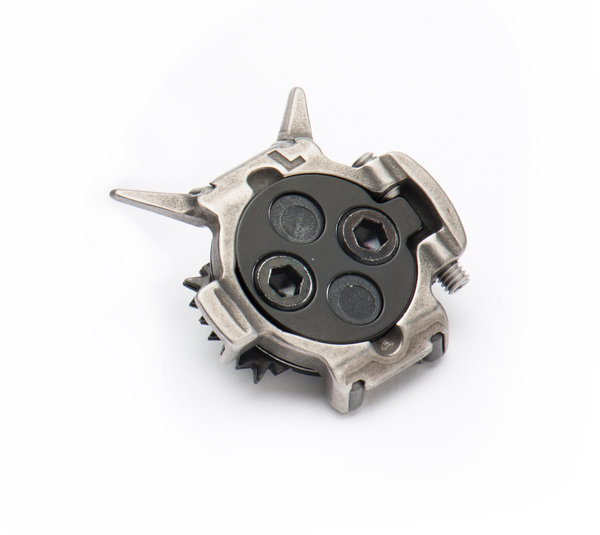 SYZR cleats work with Speedplay's SYZR pedals (sold separately). They feature a proprietary Target Acquisition Technology which uses funnel-shaped guides to steer the cleat into the pedal’s latch mechanism. Two wing-shaped Funnel Guides at the front of each cleat effectively increase the size of the target area to facilitate easier engagement. Engagement security has been optimized as well, by reversing the typical orientation of the pedal’s pivoting latch. The SYZR’s latch design prevents inadvertent release when pulling hard on the pedals because you no longer pull up against the latch gate.